What does Dr 'James' Barry have to do with Satanic Panic? 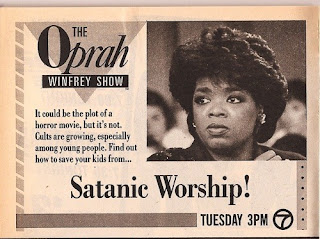 Tweeter @lascapigliata8 today shared a 2013 paper by Dr Richard Noll in the journal Psychiatric Times discussing the so-called ‘Satanic Panic’ of the late 1980’s and early 1990’s from the point of view of someone who was, at the time, a sceptic. Noll’s main thrust is that since the panic subsided and the diagnosis of ‘multiple personality disorder’, along with ‘recovered memories’ of extreme and ritualised sexual abuse subsided in the 1990s, the psychiatric profession has done its best to pretend like none of it ever happened. He offers and account of the main events from inside the profession and expressed a hope that psychiatrists may now be ready to discuss the issue rather than shuffling their feet and change the subject (I see no evidence to support such an expectation). Scapigliata, in turn, uses the paper to draw parallels with the development and spread of the diagnosys of ‘gender identity disorder’ in ever-younger children, the huge spike in such cases referred and diagnosed over the last decade or so, and the blanket social acceptance of GID as both real and treatable.

Looking at the paper with a historian’s eye, however, what stood out to me was the following passage, about how history was tendentiously reinterpreted to explain the mushrooming of ‘Satanic’ abuse cases as something which has, had we but known, always been there:

‘Sally Hill, a social worker in private practice in Chicago, and Jean Goodwin, a psychiatrist and professor of medicine at the Medical College of Wisconsin in Milwaukee, presented a paper which attempted to validate Braun’s claims by citing historical accounts of allegations of “the Satanic black mass” and other obscene cult behaviors going back to at least A.D. 100. Reproducing these accounts without regard to context, these clinicians read them as fundamentally true reports of actual events. Professional historians who specialize in those eras tend to interpret such material as a discourse of propaganda aimed at undesirable minority groups, whether real or imagined.

A few months later, in March 1989, this conference paper was published in Kluft and Braun’s journal, Dissociation. It quickly became a citation success in the SRA literature as evidence in favor of the historical continuity of Satanic cults and their rituals. The message to the public and the mental health professions was clear: elite members of the American psychiatric profession seemed to be sanctioning the SRA moral panic. Satanic cults were probably real, had probably been around for almost 2 millennia, and were abusing children and creating the MPD [multiple personality disorder] epidemic.’

Compare this to an announcement from publishing firm Little, Brown and Co about a forthcoming novel about the life of Dr 'James' Miranda Barry, a woman who pretended to be a man in order to pursue her ambitions as a medic, and who incidentally performed the first caesarean section in which both mother and baby survived (representation matters kids!). Under the guise of ‘sensitivity’, the pronouns used for Dr Barry are, presumably, to be changed to the masculine, and her cross-dressing reinterpreted not as an expedient but as an expression of a deeply felt inner identity as a man (who just happened to fancy being in a profession that no woman could aspire to at the time). How such a history of the life of Dr Barry can be made coherent is not explained: surely the novel will have to be completely re-written if the very crux of the story is not ‘woman does whatever she needs to to become a doctor’ but ‘doctor bravely lives out inner gender feeling in the face of, well, not that many professional or economic obstacles, really’. 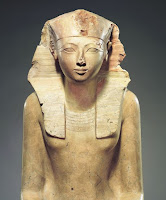 Or again, see this tweet by the UK branch of Amnesty International’s LGBT Network (they call themselves ‘LGBTI’, but the forced inclusion of intersex people is so enraging to me I simply refuse to participate in their nonsense), where they imply that Hatshepsut, who usurped her son’s power and ruled as the Egyptian king for over 20 years, is trans because she was born a woman (she was born a baby, but OK) but ‘presented herself as a king’. The fact that no alternative framing suitable to female power existed in either the language or social organisation of Egypt at the time does not figure: it is again the case that a king happened to be trans, rather than that a woman happened to be king. (Not ‘Pharaoh’. That word did not come into usage until ~300 years after Hatshepsut’s reign, and so is entirely inappropriate and anachronistic. And yes, this is the hill I will die on, why do you ask).

In both these cases history is being re-written in order to explain something which is happening in the present yes – but it is also being re-written so as do disguise something else which is happening in the present, something which the medic-psychiatric establishment is incapable of either confronting or solving, and which it therefore prefers to invisibilise through inventing and back-dating an alternative interpretation of contemporary manifestations of distress. In fact, of course, neither satanic rituals nor trans identity are long-ignored historical phenomena. Both are contemporary creations of psychiatric patients, in whose delusions psychiatric professionals end up colluding, and which collusion in turn they mask with the trappings of institutional power and official reification.

Psychiatrist and social workers in the 1980s and 90s knew, on some semi-conscious level, that sexual abuse of children and young people was rife, especially in religious contexts. Now, thirty years later, we have the evidential basis for this knowledge: the Jimmy Saville revelations, the ongoing and continuing exposés of rape grooming gangs from Rotherham to Rochdale to Oxford, scandals in children’s homes, and of course, overlaying and underpinning it all, the record of systematic enabling and cover-up of sexual abuse of children by Catholic (and other) priests. In 1989, nobody could prove this stuff. Like Freud and his short-lived recognition that ‘hysteria’ in women was a response to rape, 20th century psychiatrists shied away from looking their society square in the face, and sublimated their suspicions of widespread rape of children in lurid accounts of satanic rituals. 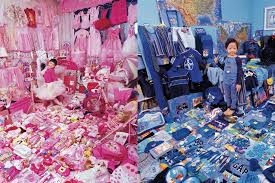 Psychiatrists, educators, social workers and GPs today know perfectly well that children are miserable living in the gender apartheid, the rigidly segregated world of pink and blue, the cleaving of children from their own interests and personalities by fiat of a McDonald’s Happy Meal or a Kinder egg that we force them to grow up in. We are bringing up children, literally, in aisles: narrow corridors of circumscribed choices with no exits, too tall for children to see over the top of to the possibilities in the neighbouring, differently-coloured valley. Simultaneously, we feed them a diet of extreme sexualisation, constant surveillance through electronic devices, a consumerism-first-and-only approach to personal development, and a built and online environment saturated in images of masculine violence and feminine malnourished passivity. Of course children hate living like this. Of course many of them express their desire to break out of this prison. But, acculturated to the toy shop aisle in the mind, professionals and well-meaning parents can think of only one place to the send them: the other-coloured aisle.

Future studies and historical accounts will, I am absolutely certain, view the extreme gendering of the public and consumer sphere with the same uncomprehending derision as we view the slap and tickle ‘humour’ of the 1970s and 80s that camouflaged and legitimised the huge number of children and young people, mostly young women, victimised by men in positions of power or even mild relative cultural authority. They will likely also point to online pornography as a major vector of mental ill health, self-victimisation, trauma, and damaging and violent practices moving from the screen into the lives of young people. Whether anyone will be making the connection between that and the spike in GID that followed, I do not know. The author of the above paper does not make the connection between actual, existing sexual abuse of children and the willingness of professionals to believe in historical, imagined abuse. Perhaps in the future it will continue to be easier to pretend that the two phenomena were unrelated; that the complete capitulation of psychiatry to the ideology of gender identity was an unexplainable instance of social contagion, best studied in its turn in psychoanalytical terms.

To this likely future, I say, no: satanic panic, MPD, false memories – these were all ways to channel the fear of people in the caring professions, and to allay their guilt at not being able to protect their patients from the effects of untrammelled sexual predation. And GID and the medicalised pathway increasingly pushed on teenagers (especially girls – also always over-represented among MPD patients) are a contemporary way for them to divert responsibility from themselves, as adult citizens in the society that harms these young people and makes their own bodies unliveable for them, to some internal flaw in the children themselves – one that can be medicated away. And no amount of re-writing ancient history will prevent it from having been a thoroughly modern story all along. A story about the pains, humiliations, traumas and struggles of today – not of comfortably alien Victorian England, or of ancient Egypt, slumbering under the desert sands. To help young people struggling to live with and in their bodies, we must look to today’s world, or risk ruefully wondering thirty years from now what mass madness had overtaken us.