What IS it with all the feminist pink already?


I'm just about the world's worst graphic designer, so even though I've been sitting on this idea for ever, I haven't posted about it so far. But! I can remain silent no longer!

The New Statesman has a "sex issue" out this week - which naturally means the front page cover is dedicated to men. Haha, very original. Anyway, here's what really got my goat about that: despite the cover illustration actually being kind of funny, the NS spoils it all by splashing a very particular, very ugly shade of pink over the whole page.

And I want to know - this a genuine question! - what the hell is up with this pinkification of feminist or feminist-friendly media, dammit? When Dell tried to woo female customers with pink laptops, we rightly told them to kindly eff off, so why are so many feminist books being splashed in garish bubblegum hues? Does anyone have an explanation for this?

My sister's theory is that pink is supposed to bring the titles closer to the mainstream and draw in the uninitiated. Any other thoughts? 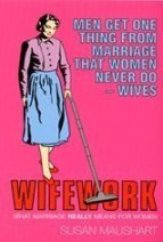 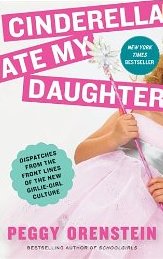 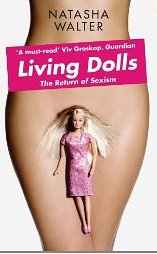 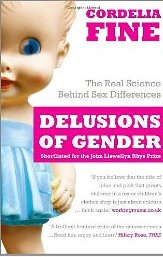 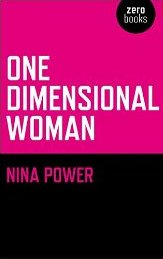 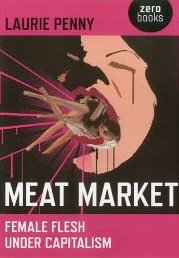 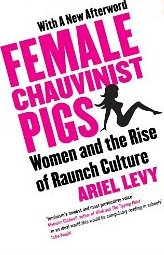 Even the classics are suddenly getting the pink treatment: 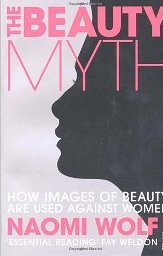 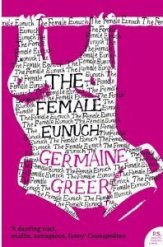 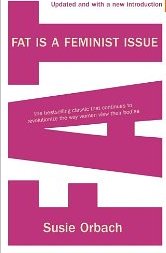 I can't find an image online, but my copy of BACKLASH has been re-released in the same shade of pink as the Greer book, dammit. Irony, the publishing industry haz it. What's going on?

The real problem with choice

Another thing to bear in mind here - the thing that really scares conservatives of all stripes - is that women making decisions for themselves are really making decision for everybody else, too.

Birth rate fluctuations (and the dramatic decline in same over the last few decades) are down to women’s decisions, giving them power over demographic trends that men can’t equal. Politics is increasingly dependent on women, who vote more. Women make the majority of financial & consumption decision for households. Women are the main care takers and educators of children.

If you’re a rich old man, and you live in a world that increasingly allows women to make their own decisions, then you’re watching your power base disappear in front of your eyes. If you’re a woman who (real or perceived) success and well-being depend on rich old men, you’re even more threatened by the slow motion collapse of the status quo.

It’s scary stuff; feminism is legitimately scary stuff. Imagine if you suddenly doubled the population of the entire planet, and the new, additional half didn't necessarily agree with you about what's important? It's terrifying - more so than mass immigration, more than cultural shifts. Because this new potential "enemy" is in your home, in your bed, in the children's bedroom - it's already here.


The people who have most to fear from women making decisions are also the people with the most power, not just in our liberal western society but globally. And on the whole, despite what you might think from the woeful state of affairs in the world, they're not dumb. They can see what's coming, and they are prepared to take all kinds of extreme measures to avert the challenge to their supremacy. It is not - repeat, not - a coincidence that societies whose elites are hostile to modernity concentrate on the marginalisation and subjugation of women; women's status, relative independence and ability to make (some of) their own choices is the starkest and most visible symptom of the slow, jerky, but ultimately inexorable march of progress.


In Afghanistan, they marry them at 13, making sure they're dead of childbirth complications before they're out of their teens and ready to throw their weight around. In Saudi Arabia, they lock them away and forbid them to drive around or be visible representatives of the country. In Israel, they shove them to the back of the bus and say that men should die rather than listen to their voices.


Which makes it even more awesome and encouraging that we've won the Komen foundation fight that kicked this off; and that the anti-contraception debate in the US seems to be slipping out of the control of the demagogues who thought to ride its underlying misogyny to electoral success.


But let's not forget: our own government is made up of rich men who are cutting out the sexual control middleman by going straight for women's lives and safety: cancelling Legal Aid to women in potentially abusive situations, cutting funding to Refuge and other services to vulnerable women and families, and making plans to privatise a police force that is only just making tentative steps towards holding the lives and safety of British women dear.


This is not a fight that is over. We've scored some tactical victories, but we need to keep up the pressure, and keep it up on the Left as well as the resurgent Right: the Manarchists, the Failminists, the so called "Tory Feminists", the Guardian for keeping the Women's pages safely behind the obscuring curtain of the Life & Style section, and for publishing fat shaming, anti-woman pieces like this one about Nigella Lawson's diet.


It's easy to get scared and think we're alone, isolated, a minority, without support - though as Sarah Ditum wrote today, social networking is helping explode this illusions, carefully constructed to control us - but frankly, even if we are, so what? They're scared shitless of us. The misogynists, MRAs, anti-choicers and Family Values types know that they are powerless before the awesome, world-defining tide of women making choices. They have the power, for now. But we have strength.