On our own two feet 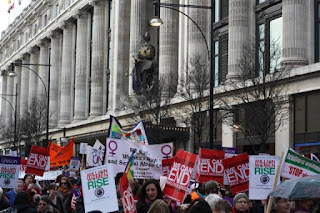 The 100th anniversary of International Women's Day, with it's theme of Progress, has been marked, among oter things, by a flurry of articles about how "far" feminism has "come", and "how far there is yet to go". The wealth perambulatory imagery fits nicely with one of my many observations on last Saturday's Million Women Rise march in London.

MWR, for those who don't know, is organised to protest and combat violence against women. The emphasis of MWR is on male violence against women, especially domestic battery and rape. This is a subject I feel strongly about and would not wish to trivialise, so let's pause for a moment to consider that the world is, in fact, chock full of the most inhumane, unimaginable violence against women. Women are disproportionately at risk of violence from their partners, their male relatives, random strangers and the effects of poverty, deprivation, climate change and war.

Not only that, but the idea that there is something wrong with all this suffering inflicted on women is incredibly controversial - witness the uproar in the tabloids at the proposed addition to the curiculum of anti-violence education for schoolchildren. We live in a society that simply refuses to acknowledge the human rights of women, chief among those the right to be free from the threat of violence.
While our media are full of narratives of abused and raped women, they tend to be romanticised as "inspirational tales of survival" or "unavoidable tragedies". Cries from the heart about the real, everyday, mundane abuse and violence women experience are met with indifference, contempt or hostility.

Many many excellent feminist writers and activists are writing and talking about this unacknowledged holocaust aginst women, and to be frank I consider myself unworthy to add my voice to theirs. Instead I'll talk about just one, in some ways trivial but in others all-prevasive, form of violence against women: fashion.

The above is a picture of the march as it passed Selfridge's on Oxford Street. I ran ahead to capture this image because to me, it held a lot of dramatic tension between the seriousness of women's plight and the superficiality of a lot of what we are encouraged to care about - outward appearance, passing fashions, the economic and social status inherent in designer labels.

There's also a kind of irony - maybe you had to be there, maybe it's just my sense of humour (feminists are famously humourless, after all) - in a group of dedicated, passionate, brave women making noise outside a place that exists to profit from the desirability of so many things that inflict violence on our bodies: scratchy, stifling underwire bras; skirts so narrow you can't walk in them; makeup full of carcinogenic phtalates; jeans so tight you can't sit down in them; flimsy, revealing blouses most definitely unsuited to the freezing conditions of that particular day; unspeakably itchy bum-floss knickers; handbags so heavy and unyieldy they give you backache; and, most emblematically of all for me, dreadful, deforming, painful, cruel shoes.

Add up all these elements together and you have a person who is so uncomfortable, so cold, so tottering, so encumbered and squeezed, that the last thing they can want to do with their day is go marching through the arctic streets shouting that violence against women must stop. And that, at the end of the day, is also a form of oppression.

So I started looking at what the women marching alongside me were in fact wearing, and apart from the eminently sensible array of wooly hats, warm coats, comfy trousers and cosy scarves what struck me was the wondeful display of what I soon started thinking of as Feminist Footwear. So I took some pictures, and, well, here they are. these are the feet of women decisively rejecting the violence inflicted ontheir feet by fashion. And a diverse, beautiful, funky lot they were, too. Enjoy. 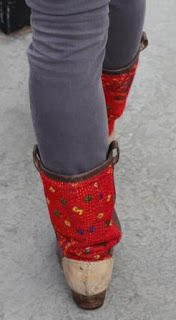 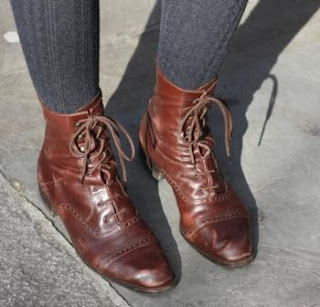 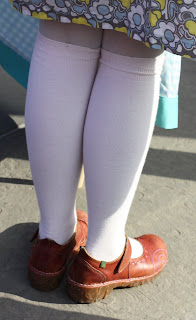 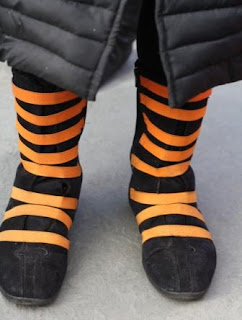 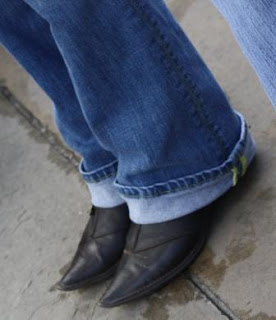 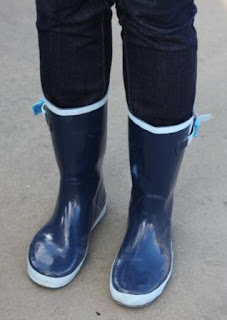 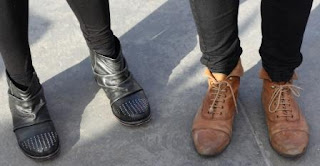 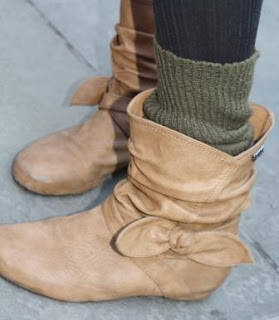 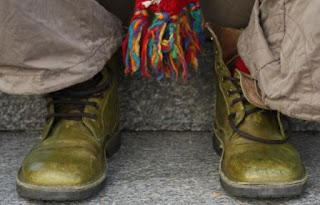 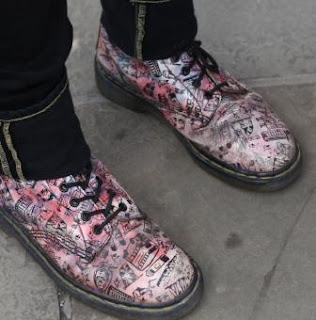 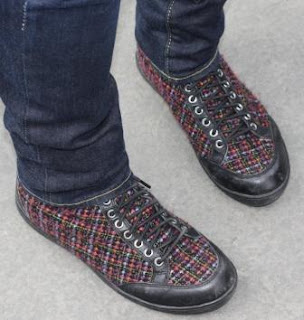 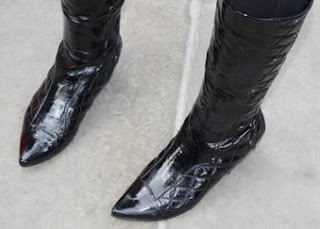 PS My own humble contribution: 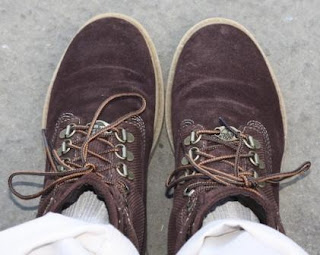 PPS I'm really not one of nature's graphic designers, am I? =)
No comments: