How do they know who to kill? 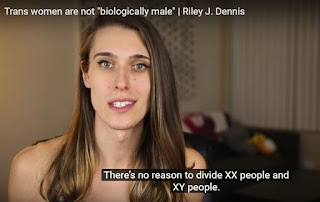 A video is doing the rounds, in which a white person with a lifetime of male socialisation behind them – in other words, someone at the apex of human privilege –  gives great fanfare to the banal observation that science is an activity rather than a phenomenon and that classification is the imposition of more-or-less imperfect linguistic concepts on a more-or-less well understood underlying physical reality. On the basis of this stoned undergrad level of profundity, this person now exhorts us to lay aside our childish attachment to the classifications “male” and “female” and admit that, given that sex is a “social construct”, then it’s just frankly not real, and our attachment to those categories is an old fashioned piece of bigotry that oppresses the minority who wish it to be known that their sex tracks their gender.

There are several rejoinders that it is immediately tempting to make to this muddle-headed claim. For example, one could pat the young person on the head and reassure them that very few people today are such through-going Platonists that they go about their days imagining that our language described immutable categories based on underlying metaphysical Truth. Or one could remind them that money is a social construct, too, but claiming that makes it unreal wouldn’t help you at the till in the supermarket, haha. Or that “trans” come from “transition”, and if there is no sex with which the gender of the person is misaligned, then in what sense are they transitioning, and from what to what? And of course there's the perennial problem that saying "I don't judge gender by physique" is to feminism what "I don't see colour" is to racism (the latter is also based, by the way, on the sound observation that race has no underlying biological basis, first made to delegitimise so called "scientific" racism).

Good, if well worn arguments, but none of them is the one I want to make today. Here is why I reject, with the greatest level of rhetorical emphasis words can lend me, the self-serving pretence that sex is a meaningless category, socially, medically or (especially) politically:

In her speech at the Washington Women’s Match in January, Gloria Steinem remarked that for the first time in history, there are now fewer women than men in the world. I haven’t dug into the data, but it seems like a reasonable extrapolation from a trend first analysed by Amrtya Sen in the 1990’s. Back then Sen estimated that there was at least one hundred million women missing from the world – aborted before birth, killed in infancy, or dead through differential parental investment in food and medical care. There is no reason to suppose that number has not continued to grow in the intervening decades. While Steinem’s point went very much uncommented on, it speaks to an absolutely monumental shift in human demography. Men’s greater propensity to violence through war, as well as the greater spontaneous miscarriage rate of mal fetuses and the greater vulnerability of male neonates to disease, has always kept th ebalance of male to female people in the world more or less even (despite the fact that more male embryos are conceived than female ones). In the present day, a combination of economic and medical progress, coupled with absolutely no meaningful progress in the eradication of woman-hating, is tipping that balance: turning women into a minority as well as a disadvantaged group. The consequences of this are hard to predict, and probably don't belojng in this post; but there is no question that they will be extraordinary.

However. Here’s what I think anyone pushing the “sex is a social construct and therefore it is up to me to decide if my reproductive organs are male or female” has an absolute moral duty to account for: if sex is not a “real” and meaningful political or economic category, on what basis did the parents of the hundreds of millions of women and girls lost to femicide know who to kill? This is not state mandated, low-resolution social engineering: each individual family, each individual father, and sometimes mother, has made a decision to abort this baby, but not that baby. Each individual village midwife or grandmother or mother in law in a village somewhere has decided to take this child and leave them by the side of the road to die, but not that child. These people are not scientists and they are certainly not feminists. They didn’t get their decisions out of a Janice Raymond book, so give me a fucking break, use your educated-beyond-its-capability brain for a second and think about it: if sex doesn’t really exist, how do they know who to kill?

The organised killing of girl children is the greatest act of murder in the history of humanity. No one has ever suffered more deliberate elimination than the female neonate; not Jews, not soldiers in the WWI trenches, nobody. It’s not genocide, because it is not an organised crime aimed at eliminating a particular national group in order that a collective “Us” should fare better. In some ways it’s worse than genocide, because each individual killing is intimate, private, a unique rejection: I, me this real person in the world, do not wish you, a potential or existing individual, to exist. The hatred is tiny in each case, maybe not even a hatred at all, just a small preference, a little nudge in a particular direction. And it has a basis. Is that basis justified? Of course not. Is that basis immutable, or always diagnosed correctly at first? Possibly, given the state of modern medicine, not. But does that basis exist? Yes, yes it does. Because none of these killings are random. 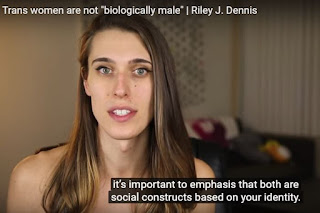 Let’s say we live in some future world in which “gender identity” has been identified as a real determining factor in physical and psychological development, instead of the politically instrumentalised subjective feeling we have every reason to believe it to be today. Imagine that in that world it is possible to measure the gender identity of an embryo in utero, like it is possible to examine their physical characteristics with ultrasound today. Do the people who parrot the “sex is a social construct” cliché as if it were some clinching “gotcha!” believe that in that world, those who practice femicide today would agree to base their candidates for selective abortion or infanticide on that reading, rather than the characteristics of the body? Never mind whether that would make the mass murder OK. Just answer: do you think the same people who kill girl children today will agree to switch to killing only girl-identified children instead?

It's a rhetorical question. Nobody who is sufficiently invested in sex discrimination and the devaluing of women to kill babies gives a shit how you identify.

The obscenity of sitting on top of the technological, economic and medical heap and lecturing those below that a thing that is responsible for the deaths of literal hundreds of millions of women and girls in our world today should no longer be counted as a thing that exists because you’re clever enough to have read the words “social construct” in some A Level paper is beyond my ability to describe in words. I have nothing but contempt for the person who recorded this video and for the self-styled “progressive” Everyday Feminism team who are providing it with a platform. Brushing aside the most lethal characteristic any human could ever, and can ever possess in order to score some woke cookies off the back of a few well-meaning white women in rich countries is not feminist. Frankly, it’s not even really human.